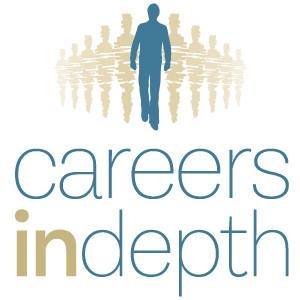 by
Careers in Depth
on

In several of our previous blogs we have looked at how self-awareness can enhance your experience in the workplace, helping identify and overcome negative behaviours such as Overthinking and Imposter Syndrome and creating opportunities to be more productive and improve leadership skills through understanding the importance of being authentic at work and guidance on how to manage work relationships.

As companies strive to become more people focussed in order to fulfil their moral obligations to their staff and also to attract and retain the best employees, Diversity, Equity and Inclusion (D,E&I) is now a top priority for many organisations. A key component of ensuring that true D,E&I is achieved, is through complete fairness and impartiality; from interviewing new candidates through to general workplace relationships with co-workers and team members.

This is where Unconscious Bias comes into play and, as the name suggests, it is often something we do without realising it and therefore it is important to be highly self-aware in order to address the behaviour.

What is Unconscious Bias:

Unconscious bias can be defined as ‘people preferences’ or social stereotyping that individuals form outside of their own conscious awareness. The majority of people hold unconscious beliefs about various social, cultural, and identity groups without realising it, and these biases stem from one's tendency to organise social worlds by categorising e.g. gender, race, religion, sexual preference or body shape.

An example of this would be bias shown during the hiring of a new employee. If the interview panel is comprised of males, then they may favour male candidates over female candidates even though they have the same skills and work experience. This is often due to a type of unconscious bias known as affinity bias where people have an inclination to think that someone more similar to themselves would be better at a particular role or task.

How does it affect the workplace:

In addition to the example given above, it is not just at interview stage that unconscious bias can be a problem. As can be seen in this video from the Employee Network for Equality & Inclusion, managers and colleagues who are unaware of their unconscious bias may unintentionally form better working relationships with individuals who are more similar to themselves meaning that these team members are often offered better projects, greater opportunities for promotion and enjoy a more relaxed and friendly work environment. Conversely, those people in the team who are less similar to their colleagues or manager tend to be treated more harshly at appraisals and their ideas can be less likely to be listened to in meetings.

This is obviously an issue for the individuals involved with some staff unintentionally being treated differently and not enjoying the same benefits as other colleagues but it also causes a problem for businesses as a whole as talented candidates, capable employees and good ideas can be overlooked due to the unconscious bias of colleagues and managers.

For instance, a co-worker could be asked to form a team to brainstorm a solution to a business problem. If the co-worker is not self-aware of their unconscious bias, they may have a tendency to automatically choose colleagues similar to themselves. This means, aside from potentially offending colleagues who they never select for interesting projects, they end up with a less diverse team thus reducing their chances of solving the problem they have been set as everyone will think in a similar way which may hamper critical thinking and creativity.

How to address the problem:

As part of their D,E&I strategies, many companies are now encouraging employees to undertake Unconscious Bias Training in order to be more self-aware in the workplace. This self-awareness allows individuals to make more informed decisions not just based on their gut reaction but instead encourages them to challenge themselves to consider what would actually be best for the organisation and in turn, creates a more inclusive work environment where staff are evaluated on their merits rather than by unconscious biases.

Even without a formal training programme, leading by example and challenging your own preconceptions can also help generate better work relationships between yourself and co-workers, creating a more productive and successful workplace for all.

If you think you would benefit from some career coaching to enhance your self-awareness, overcome workplace challenges and develop your career, contact Careers in Depth today to find out how we can help you.

Having empathy for others can be vital at work and doesn’t just benefit others but can also improve our own self-development.