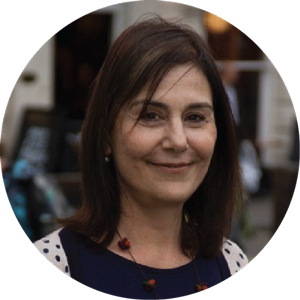 Self-Awareness involves becoming aware of those aspects of our life that affect our decisions, the way we give meaning to experiences, our hidden dreams, our talents, our limitations, and our fears, as well as the impact of the external environment and context in which we work.

If you are unhappy at work but can’t think what else you would like to do, have you ever thought that increased self-awareness might help you to find a new career direction?

The answer is probably ‘No’. It’s natural to suppose that if work is the problem, then searching through lists of jobs will bring up the solution. But somehow the right one never turns up. It is an elusive target and no matter how hard you try, it keeps slipping away.

Stop - and consider - it may be the wrong approach.

It may be that for you lists of jobs is the wrong place to start for making a career change. A better place to start could be by looking more at yourself. Increasing your self-awareness might start you in the right direction to resolving your career problem from within yourself.

Here are three questions to get you started bringing into sharper focus things that you already know but don’t consciously think about.

A common situation is one where a person dreads going to work and feels worn out doing things they don’t enjoy but they feel completely stuck about what they would like to do instead. A first step towards getting unstuck might be to identify your energisers and your drainers.

Make a list of the tasks you currently do in your job, your domestic life and your social life. Now divide the list into two groups. In one group put the tasks you enjoy doing, or find interesting and engaging, or give you a sense of pride and achievement. These are your energisers. In the second group put those tasks that you dread, that you try to avoid or put off and that drain you of energy, block your potential and leave you feeling you need a pick up. These are your drainers.

Once you have completed these two lists look further back into childhood and adolescence and early career and see what were your energisers and your drainers then.  If you find that you have drifted away from your early energisers and that your life is now over-loaded with drainers, then you have a compass which will indicate something about the direction you need to go and the reconnection you need to make with your natural energisers.

Greater awareness of the nature of the difficulty may show a different way forward.

For example, Anna*, whose parents had both been school teachers, had followed them into teaching. She was unhappy in her present job and dreaded going to work. She wanted to leave teaching altogether but despite months of searching she couldn’t find a suitable alternative. After careful exploration with her career consultant it turned out she still had a passion for teaching (an energiser) but felt drained by working with children (a drainer). This realisation led to a decision to stay with teaching and to move into adult education which proved to be a more satisfying choice. Greater self-awareness of what energised her and what drained her helped Anna to find her own solution which didn’t involve a full career change.

This exercise by itself will probably not solve the problem of a new career direction but it may have strengthened your determination to change your present job if it is full of drainers that you need to stop doing.

A different situation arises when a successful career unexpectedly stalls for no apparent reason. You are doing something that you are good at but you find you have lost interest or feel vaguely dissatisfied and unfulfilled.

Make a list of all the things you are good at in your work, at home and in your social life. Now make two further lists. In the first one put the activities into a new order starting at the top with what you do best at or most competent at and then add the rest in order of diminishing competence. Then make a second list starting at the top with the activity that you most love or enjoy doing and add the rest in order of diminishing enjoyment. At the bottom of the second list will be an activity that you are good at but which you least enjoy or don’t enjoy at all.

Now pick out those activities that you do at work and see how far those activities match up with level of skill and your level of enjoyment. Many people believe that their career must be based on what they do best but unless this activity is also near the top of their enjoyment list, their emotional engagement with work and their job satisfaction may always be limited.

There are many examples which show this. For example, John*, a financial analyst, had used his excellent maths skills as the basis of a successful career. He was due for promotion to a senior management role when he began making mistakes, extending deadlines and missing important meetings. He had lost interest. He was good at figures but did he really want a lifetime in finance? His heart wasn’t in it but he couldn’t think what else he wanted to do.

John had been an all-rounder at school, good academically and good at sports. When he was encouraged to specialise in maths, the extra classes had clashed with sports time. He gave up being team captain. He remembered watching his old team out of the classroom window and wishing he was still out there with them. He now realized that he had been at his happiest when training his team and developing their skills. When he was discussing his career dilemma with his cousin, a social worker, she suggested that they should join forces and start a gym together for young people in a deprived area. John was enthusiastic. He used his business connections to raise money to start a small charity for engaging young people in sport.

Self-awareness needs to include not only awareness of our skills and abilities but also awareness of what activity we really enjoy. Reality constraints may mean that not everything we are good at can become a career nor can the thing we enjoy the most necessarily be our main work activity. But to feel fulfilled and engaged at work it needs to be emotionally meaningful and satisfying to a sufficient extent. The prospect of promotion had triggered John’s realisation that he was not emotionally engaged with finance and needed a career change.

Unhappiness at work can occur for many different reasons and it’s not always clear what the reason is. You may blame yourself or feel a failure or think you’ve chosen the wrong career. But the real reason for your unhappiness may not be in you but in the fit between you and the culture of the organisation.

Jane*, a recently qualified nurse, had started a new job in a large hospital. She had become anxious about patients dying while she was on duty in case she was blamed. Her anxiety was particularly acute on night duty when some very ill patients were on the ward. She felt she was not suited to nursing and was trying to find an alternative career.

Jane was the only child of a single mother, who had worked at the local hospital as a PALS officer. As a child, Jane frequently visited her at work and met the nurses who had always been friendly to her. It seemed like a happy place to work and this had inspired her to become a nurse. She had done well in her training. As she reflected more on her new situation it emerged that the hospital had undergone a lot of changes and cutbacks before her arrival. There was a high level of conflict between management and consultants and between the doctors and nurses. A blame culture had developed and there had been several disciplinaries followed by the unexplained disappearance of staff. As she came to see the situation more clearly Jane realised that her anxiety did not mean she was unsuited to nursing but was due to the level of conflict and punitive culture of the organisation. As an only child with a single parent her home life had been relatively conflict-free and she found the culture of the hospital difficult to tolerate. She didn’t need a new career but she needed a new post in a different organisation. She moved to a general practice where she settled happily.

In this example Jane’s increased self-awareness helped her to distinguish what belonged to her and what belonged to the organisation and why she found the culture too stressful. She was then able to find a solution that preserved her career.

We have learnt that increased self-awareness is the key to resolving many situations from within. Our role, as facilitators of change, is to help you find the means for increasing your self-awareness and, where possible, for removing any blocks to your progress, so you can move forward towards a more authentic expression of yourself through your work.

* We never disclose the identity of actual clients or any information about them. The examples of Anna, John and Jane are composite illustrations drawn from the many clients who have come to the service wanting to change but feeling stuck about what to do.

Unconscious Bias & The Benefits of Being Self Aware